Can you handle the truth? 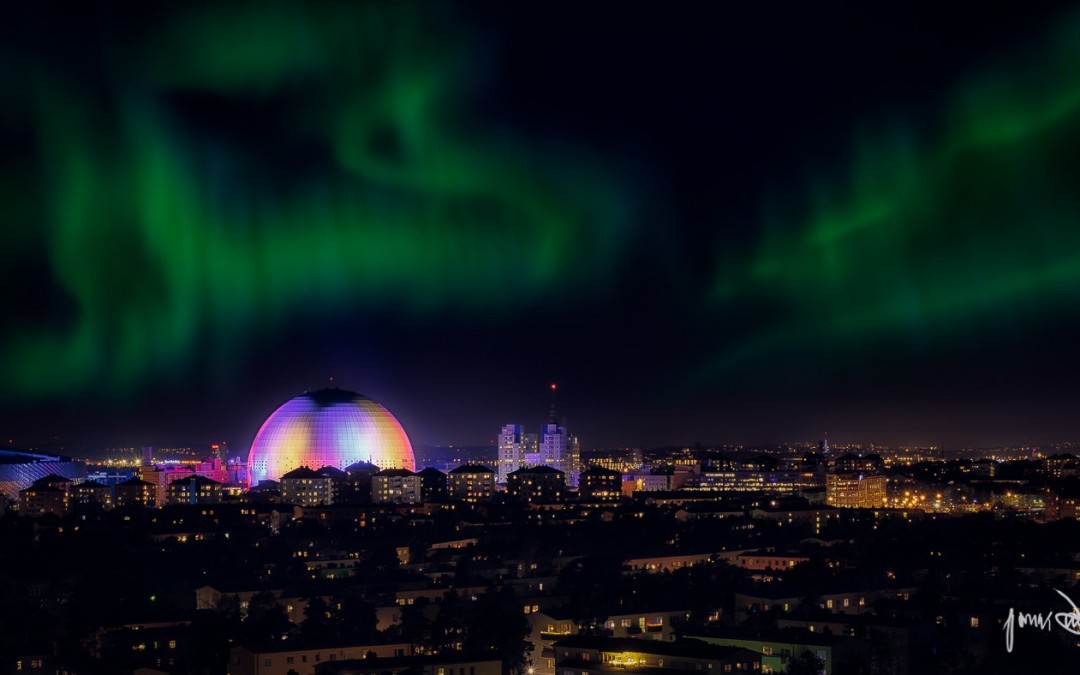 This spring we have had the privilege in Sweden to have northern lights as far south as in Stockholm. That’s not something we are over spoiled with. To capture a masterpiece of the northern lights are a mix of components such as technique, timing, location, tripod and an awful lot of luck. Are you missing one of the components, you are hopelessly lost.

This Monday comments about sights of northern lights were overwhelming social media. Newspapers were overthrown with a Northern Lights frenzy. Of course I just had to do better than what was presented. I was greatly determined to get that perfect picture. On Tuesday evening two friends joined me to climb a small hill in Stockholm called Hammarbybacken. A place used for skiing during winter. With great confidence late that night we sat of towards the top with camera bags, tripods and some picnic containing hot tea and some chocolate. Perfectly aware that we probably would be stuck at the top quite a while capturing our master pieces.

At the top we found a sparkling skyline of Stockholm at our feet, and as far as our eyes could reach we saw lights, buildings and a beautiful night sky with lots of stars. Perfect. Except one tiny thing missing. No northern lights. Nothing. What so ever. Just a dark night sky acting as a cold hat on top of the beautiful city landscape. Was all our effort for nothing? Were we supposed to just go home? Well, that’s not exactly our cup of tea. Set up the tripod, change your camera settings from “northern lights” to “city by night”. Start capturing beautiful pictures!

Warm again and at home in front of the computer a thought developed. I had managed to capture a few quite good pictures of Stockholm by night. What if I just added a northern light by hand? With a pen and a Wacom board in Photoshop. Would that be wrong? My goal from the beginning was not to document the exact reality and truth, just to make a great picture pleasing to the beholders eye. I gave the picture a good hours work in Photoshop. Pleased with my work I posted the picture at 500px, Flickr, Instagram and Facebook. Without explaining the making and origin of the picture in detail, except tagging the picture with #retouch. On 500px the picture soon reached the sites “Most Popular,” and on Flickr it equaled my most liked picture in just a few hours. On Facebook it was well received with likes and comments, and even an order as print. The success was a fact. People loved the picture.

Now for the big question; Is the picture less good just because it is a mix of reality and craftsmanship in Photoshop? Does it matter? If my picture were to illustrate a precise place and time it probably would matter. But now it’s not. Its purpose is just to be a beautiful picture, nothing more, nothing less. The fact that we went to a place that actually could have looked like this, maybe plants the thought of a lie to the beholder. But it is a justified thought? Is a picture only good if it portraits the exact truth? In my opinion, no. But somehow I want to know if it is retouched or not. But why is that? And most important, does it matter? If I like a picture, I like a picture.

The questions regarding a picture’s authenticity are, for art and decorative pictures, only energy consuming. Sit back, relax, put your feet up, and if you like it, just enjoy it.